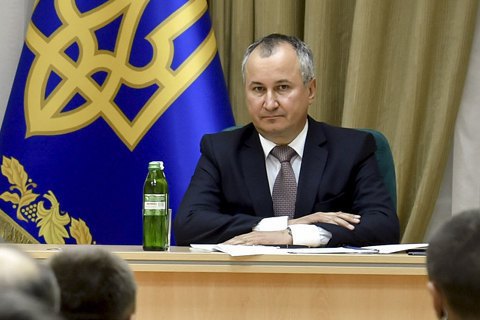 Following the terror attacks in Belgium, French Senator Nathalie Goulet has said that there is a jihadi training camp in Ukraine. As it turned out later she had received this information from Security Service of Ukraine (SBU) Vasyl Hrytsak.

She said on the air of the France Inter radio: "In the middle of Ukraine there is a jihadi training camp. After all, the second language used by Islamic State is Russian. Just imagine there is a training camp right near us! And it is financed with money from the trafficking of people and art masterpieces".

The Ukrainian weekly Tyzhden asked Nathalie Goulet on the source of her information and where exactly this camp is located.

"The camp is in Dnipropetrovsk Region," she said. "People from North Caucasus and Central Asia, Chechens, Turks and Jordanians undergo training there. My source is the head of the Ukrainian special service, Vasyl Hrytsak."

In her words, their meeting was initiated by the SBU chief while his "contact person" Omar Harfouch arranged for him to see her in her office.

"Mr Hrytsak gave me a dossier which I handed over to the French special services on his request. I was only a mediator. Ask Hrytsak about the details," Goulet said.

To prove her words, she showed a photo of Hrytsak's business card.

According to Tyzhden, she handed the dossier over to a well-known French weekly.

SBU spokesperson Olena Hitlyanska confirmed that Hrytsak had met Nathalie Goulet but the issue they discussed was absolutely different. However she did not specify what was on the agenda.

She added that there was no stationary ISIS training camp in Ukraine however last year the SBU found a temporary shelter station for Islamic State members and four transit centres for its supporters.