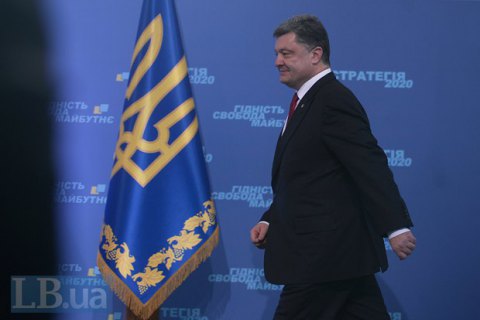 President Petro Poroshenko received the income of 62,163m hryvnyas in 2015 with 121,000 comprising his salary. Another 12,375m hrynvyas comprised the dividends and interests, and 49,665m are written in the column "Other types of incomes" , the declaration of the head of state testifies.

On the bank account Poroshenko has almost 564m hryvnyas.

The main asset of Poroshenko is a confectionary factory "Roshen."

The agrarian holding "Ukrprominvest-Agro" uniting other companies. Poroshenko also produces starch at the firm in Dnipropetrovsk and sells it through LLC "Association Starch Product."

The President’s media business is presented by Channel 5, the Truskavets TV company TRT, the radio Niko-FM, Radio5-Retro FV, the Odesa Radio Next and the Drohobych Your Radio.