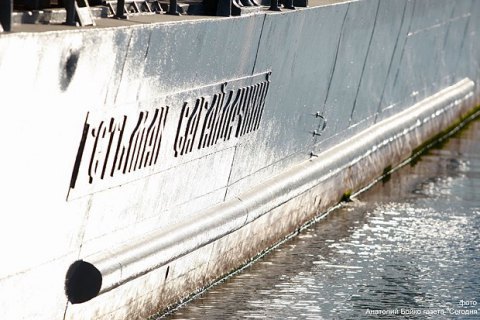 It said the official introduction was scheduled to be held on 2 April aboard the Hetman Sagaidachny frigate moored in Odesa.

Hayduk has faced a lot of criticism recently for his performance at the helm of the national fleet.

Voronchnko was the deputy fleet commander in charge of coastal defence during the annexation of Crimea. He was in charge of the security operation forces in Luhansk Region. His last post was the head of the main main HR department of the General Staff.

Earlier, Navy serviceman Ihor Rulyak who accused Navy chief Serhiy Hayduk and the Command of embezzling the fleet's property, ruining of ships and nepotism, was barred from spending the night at his military unit.