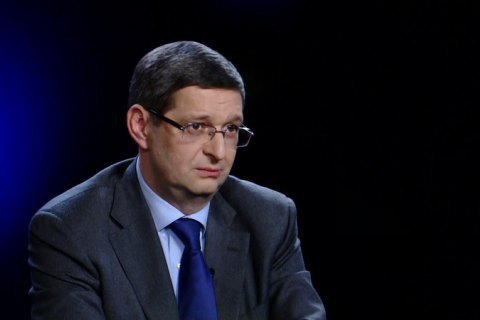 A deputy head pf the presidential administration, Vitaliy Kovalchuk, has said that Volodymyr Hroysman will have to abandon premiership if, as prime minister, he will want to start his own political career.

He said this in an interview with Sonya Koshkina.

"Borys Yevhenovych is an independent player, he is a representative of the president's tea who certainly has the right to his own position and who can protect it well. I always say: one need to know a pose from a position and politics from politicking. Hroysman has a position and it is well reasoned," he said about the incumbent parliament speaker.

"As prime minister, Volodymyr Borysovych will have two options. Sooner or later he will have to either chair the presidential political force or create his own one. And here everything will be happening at the level of conscience. The second option is independence, I would say. Because the president will nominate, based on the coalition's initiative, his candidacy for consideration by parliament. What happens next is the issue of Hroysman's political consistency," he added.

He cannot see any contradiction in a scenario under which Hroysman co-chair the Petro Poroshenko Bloc together with Vitaliy Klitschko who currently does it on his own. The presidential administration describes it as healthy competition. He would not encroach on anyone's ambitions, according to Kovalchuk.