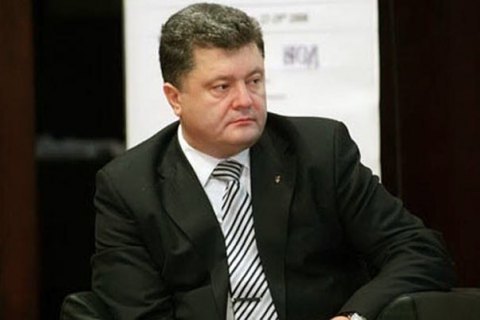 President Petro Poroshenko for the first time personally commented on offshore scandal in which he found himself.

"Offshore accounts are widely used to minimize the tax base. This time, it was just the opposite. Once I i was elected president, I immediately said that I hand over all of my business in a transparent manner to the largest investment banks of Rothschild. The bank wouldn’t accept Ukrainian assets, so we worked out a special structure, where we transformed all the assets. They agreed to control my main assets through a blind trust, so they can be separated from my political actions for the period of my presidency. It was a very transparent process. This is a normal practice. I did not do it to minimize taxes, and it was quite a public act. The Ukrainian media know that the offshore was registered in my name. This company has not received a penny from Ukraine. It was a clear separation of business from the Ukrainian president so that there is no political influence. I believe this is the main difference from other politicians on the Panama list," President Poroshenko said as he spoke to the Japan National Press Club during a visit to this country Wednesday.

"I plan a reform that will make it impossible to use offshore accounts in Ukraine," he stressed.

Poroshenko found himself under fire from the adversaries and the media after the leaked documents from a Panamanian firm pointed to his offshore assets, with some opponents calling for his removal from office. It turned out that in the summer of 2014, a company was registered in his name to transfer the confectionery business in the jurisdiction of the British Virgin Islands.

Poroshenko lawyers denied alegations saying that journalists did not have full information about the deal.