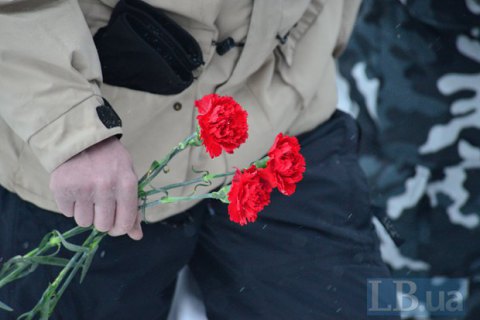 On 10 January 2016, one Ukrainian serviceman was killed and one wounded in hostilities in Donbas, the presidential administration's spokesman for antiterrorist operation issues, Andriy Lysenko, has said at a daily briefing.

"Over the past day, one Ukrainian serviceman was killed and one injured in combat. This happened during a shooting attack in Zaytseve, north of Horlivka," he said.

In his words, the wider area of Horlivka was the hottest spot on 10 January. Pro-Russian militants violated a cease-fire along the whole perimeter, from Zaytseve to Novhorodske. It was unsafe near Donetsk airport, namely to the east of Opytne and to the south of Avdiyivka, where Donetsk separatist snipers were active. It was relatively quiet in Pisky.

Sporadic shooting was recorded in the Mariupol sector in Staroihnativka and Shyrokyne. It was rather quiet in the Luhansk sector.