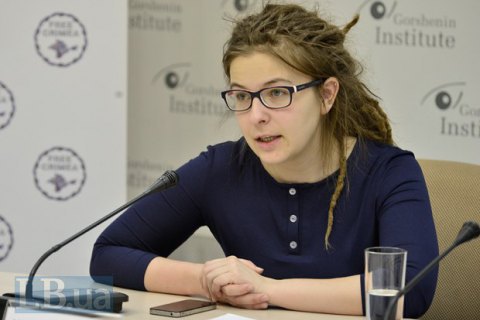 Over the past seven months, 60,000 more have left Crimea for mainland Ukraine than in the opposite direction, an international and humanitarian law expert with Crimea.SOS NGO, Yevheniya Andriyuk, has said at a news conference, "Isolated peninsula", at Gorshenin Institute.

"We request regular updates from the border service about those who left and entered Crimea, thus trying to sum up the human flow. For the past seven months, the difference between those who entered the mainland and left it is 60,000. And only 20,000 displaced people have registered officially. Although it is difficult to say whether they stayed or proceeded to other places," she said.

A former government envoy to the European Court of Human Rights, Borys Babin, said at the news conference that Ukraine's transport policy with regard to Crimea was a failure.