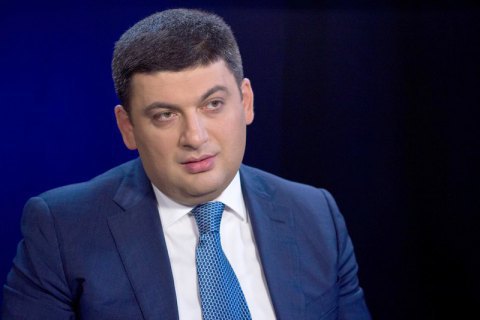 The factions of the Petro Poroshenko Bloc (PPB) and the People's Front at their joint meeting have nominated Volodymyr Hroysman for prime minister, now subject to the president's endorsement, PPB member Oleksiy Honcharenko has said on Facebook.

"The coalition has nominated Hroysman as candidate for prime minister and is sending a motion to this effect to the president," he said.

"With an absolute majority [of votes], the coalition has just approved Hroysman's nomination for prime minister," he said.

A new cabinet is expected to be put to a vote on Thursday, 14 April.

The two factions now have 226 MPs, a minimum required for forming a coalition. Although MP Arkadiy Kornatskyy has tendered a statement on leaving the BPP, technically he is still considered a member of this faction.