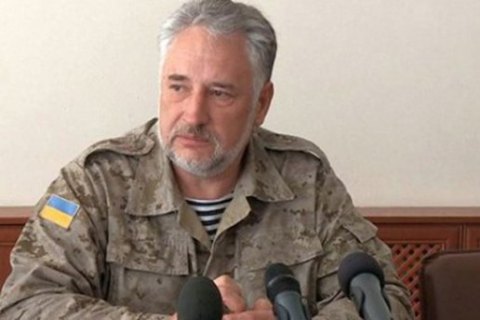 The head of the Donetsk military-civil administration, Pavlo Zhebrivskyy, has suggested that the separatist-held areas of Donbas should be recovered by waging war on Russia.

He was speaking on the air of the rolling news TV channel 5 Kanal during the telethon entitled "Ukraine above all".

"This will be an open and serious war between Russia and Ukraine. I am ready and, in principle, I would like this [to happen] because I can clear see that election or not... unless there is a Ukrainian army garrison in Donetsk, Snizhne and Torez, unless there is a military-civil administration which would enforce an absolutely different agenda, a normal, democratically legitimate agenda... it will take us a lot of time to pull people out of that anabiosis where they were put by [Oleksandr] Zakharchenko and [Ihor] Plotnytskyy and Putin, in fact," Zhebrivskyy said.

In his opinion, the Ukrainian army is combat ready today and can mop up the separatist-held areas in two weeks.

Earlier, Russian State Duma speaker Sergey Naryshkin said that had Russia fought against Ukraine, this conflict would not have taken more than four days.