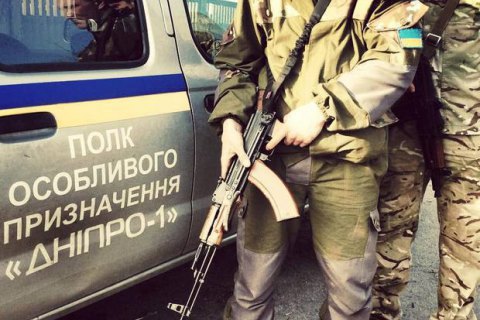 The Interior Ministry's Dnipro-1 special troops have been dispatched to the northern part of Rivne Region, the newly-appointed chief of the Rivne police, Serhiy Knyazev, confirmed to journalists, according to radiotrek.rv.ua.

"As regards reports that journalists or citizens saw some special vehicles labelled with the Dnipro-1 special unit symbols in the north of the region, you are right. The special troops came here to carry out the tasks set by the operations HQ. The tasks are of operative nature therefore there is no sense to comment on them," he said.

He refused to comment on the dispatch of the National Guard to the region.

Earlier, the head of the Rivne regional state administration asked the interior minister to dispatch the National Guard to the northern parts of the region to crack down on illegal amber extraction.

Illegal amber extraction is rampant in Rivne, Zhytomyr and Volyn regions, with the authorities being unable to stop it.

Dnipro-1 is the Interior Ministry's regiment which has long been on a mission to the security operation area.