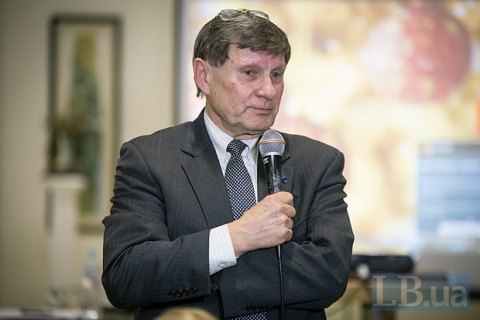 Leszek Balcerowicz, who is co-chairman of the group's strategic advisors to support reforms in Ukraine, described the allegations that the head of the Odessa Regional State Administration Mikhail Saakashvili has put forward toward the government of Ukraine as "unfounded".

"What Mr Saakashvili's statement is based upon? He did not work with the government, I have not seen him. So this an accusation without proof, it is a very bad practice," he told a briefing on 26 May.

"It reminds me of the Soviet era. Also, it's not fair, because a professional should be more specific, etc. And finally, it harms Ukraine. Why? Because in the West, they have stereotypes that Ukraine has done nothing, it is an incorrect stereotype. I think that, given the starting conditions, much has been done," he said.

Earlier, the UK newspaper Guardian published an article in which Saakashvili refers to the Cabinet as a bunch of mediocre people. A few hours later, after Ukrainian media spread Saakashvili's statement, Saakashvili has retracted his words.

However, the journalist Shaun Walker, who talked with Saakashvili, said via Twitter that he has an audio record of the interview in which the governor of Odessa really says about the new Cabinet members as mediocrities.