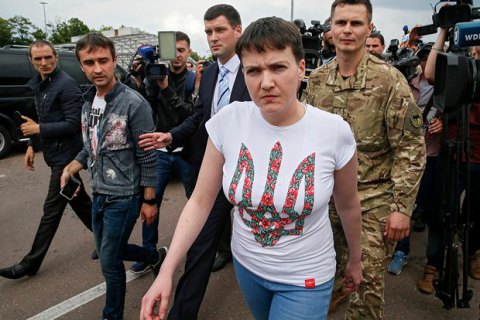 Nadia Savchenko says she is prepared to become president in Ukraine if people want, but she is not sure that Ukrainians have learnt to vote without being bribed.

She doubted, however, whether Ukrainians have learned "not to vote for buckwheat [buckwheat was used to included in food baskets distributed by candidates participating in elections among voters as gifts]."

Savchenko was elected to the Verkhovna Rada on Fatherland ticket, while being jailed in Russia.

Russia released Savchenko on May 25 in exchange for the two GRU officers Aleksandr Aleksandrov and Evgeniy Yerofeyev.