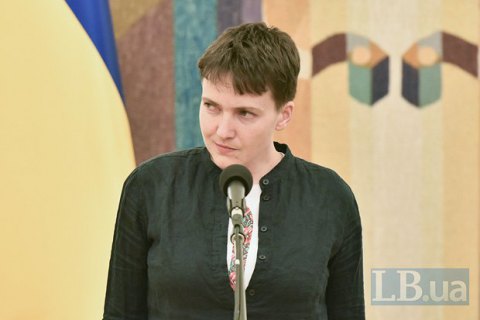 Crimea may return to Ukraine in case of a World War III, Verkhovna Rada deputy Nadiya Savchenko told a press conference on 26 May, when she was asked about her vision of returning the annexed peninsula to Ukraine.

"How to return Crimea? I felt that a World War III may break out. Unfortunately, I still have this feeling. If there is a third world war, Crimea returns," said Savchenko.

"If there is no WWIII, the Crimea will probably can be returned by placing efforts within international law. By making people realize that they have made a mistake. Maybe not the people that have made it, but their descendants, who will recognize it was a mistake and will want to fix it," she said.

The lawmaker declined to speculate on how long the rectification of that mistake may take but promised to "work on it".

Savchenko also stated that she was ready to run for the president of Ukraine.