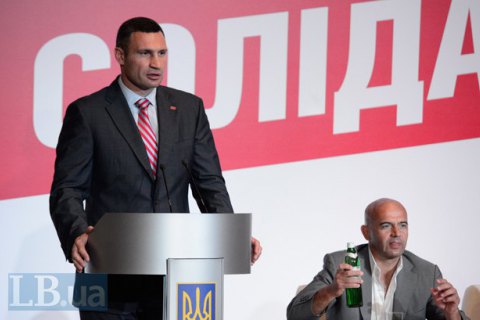 The mayor of Kyiv and the head of the Kyiv state administration Vitaliy Klitschko submitted a letter of resignation as the head of the party "Bloc of Petro Poroshenko 'Solidarity'", the website of the governor's office reported on 25 May.

Under the new law on civil service, Ukraine's top officials like including Klitschko, cannot combine work in the executive branch and be members of political parties. Earlier, BPP reported that Klitschko will officially step down as the party leader at the party congress slated to be held in late May.