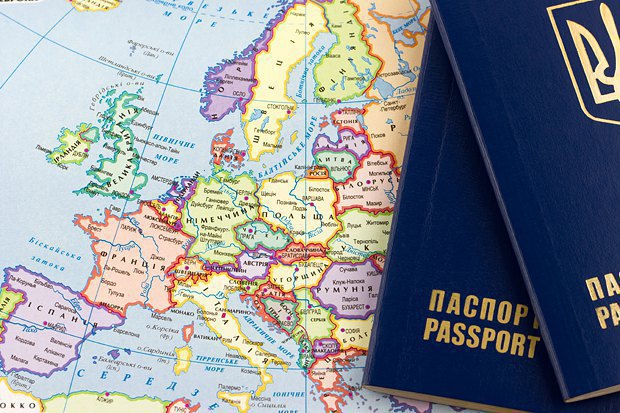 Photo: depositphotos.com/Rashevskiy
Some EU member states fear negative consequences of granting Ukraine visa-free status. To dispel these fears and make the cancellation of visas happen, and not just prove Europeans wrong, experts suggest the accent should be made not on counterattacking the EU (even if it is justified) but on explaining the Ukrainian position, which is much more effective. But to do this, one should have factual data and numbers to hand.

The Institute of World Policy together with Europe Without Barriers, the Anticorruption Centre and European Truth have prepared a set of arguments debunking the majority of European concerns as unjustified.

This memo will be of use primarily to those whose work includes communication with European politicians and must be ready for a discussion with them.

LB.ua is confident that this information will also be useful for ordinary Ukrainians: those who live abroad will find it easier to dispel the fears of residents of the country of their stay, while Ukrainians in Ukraine will better understand the essence of transformations concerning the issue of visa-free travel.

So, European are afraid that after Ukraine is granted visa-free status:

1. "There is a risk that the EU labour market will be swamped by Ukrainian workers."

Visa liberalization for Ukraine applies only to short-term visas (up to 90 days in the Schengen zone) and does not entitle one to a job permit. The problem of illegal labour migration recedes as a result. The number of Ukrainian citizens unofficially employed abroad decreased from 328,000 in 2006 to 209,000 in 2015 (according to GfK and the International Migration Organization). 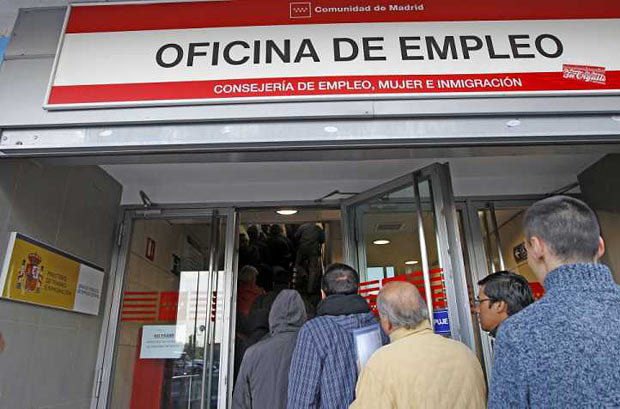 The issue of legal migration is still within the competence of every particular EU member state. While some states keep their labour markets closed, others open them to Ukrainians.

2. "Visa-free status carries a threat, considering the migration crisis and the war in Ukraine."

Ukraine is not a country to produce large flows of migrants. Eve in the "hot" 2015, only 21,000 Ukrainian citizens applied for EU asylum (the negligibly small number compared with 1.8m internally displaced persons).

But what is most important is that Ukrainians have little chance of being granted asylum in the EU. Last year only 415 Ukrainians were granted refugee status in the EU. This is only 2 per cent of all Ukrainian applicants for asylum. The overwhelming majority gets rejected because there is an option of "internal escape" to a safer part of Ukraine.

Therefore any parallels between Ukraine and the world's hotspots (especially Syria) are incorrect. The nature of conflicts, their flow, humanitarian and economic situation in the countries are too different.

3. "Migrants from Ukraine may push up the crime rate in EU member states."

The EU experience proves otherwise. In Italy, there is the largest Ukrainian community in Western Europe, which was formed in the 1990s. However Ukrainians are not mentioned in the list of crime-prone nationalities (official data). The Italian authorities and citizens describe Ukrainians as one of the most integrated minorities. And although the migrant crisis is a very sensitive issue for Italy, it supports visa liberalization for Ukraine.

During a widely-reported recent tragic incident in Naples a Ukrainian tried to stop the supermarket robbers and got killed. A city street was named after him.

In Germany, where migration levels are very high, Ukrainians are not among the minorities most often involved in crimes, according to Gatestone Institute, either.

What is more, Ukraine has boosted its capacity to stop criminals and potential terrorists on the border and its checkpoints are now connected to the Interpol databases.

The strategy of taking Russia's "feelings" into account did not give any positive results, instead it whetted the Kremlin's appetite. A possible delay of the visa-free regime, for its part, will give the Kremlin a strong argument for anti-European propaganda inside Russia and in the post-Soviet space. The image of the EU as a reliable partner immediately delivering on its commitments will be undermined among the residents of all European Partnership member states.

It is also important that the EU-Ukraine visa-free regulations meet the interests of Russia too. Moscow is trying to revive its "visa-free dialogue" with Brussels and depoliticize the issue. 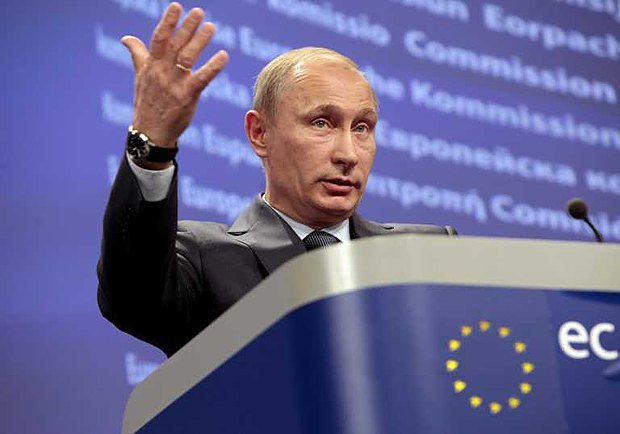 Protracting the visa-free status for Ukraine will mean that the cancellation of visas is now a political issues, not a result of its implementation of technical criteria.

5. "Ukraine is corrupt while the visa liberalization action plan has not been implemented."

Over the past year, Ukraine has done more to fight corruption than in the previous 25 years. It set up the agencies whose independence was confirmed by the EU (the National Agency for Prevention of Corruption, the National Anticorruption Bureau, the Special Anticorruption Prosecutor's Office) while the agency for the return of assets and the syste, of officials' e-declarations are still in the making.

These agencies were not only established but are now operating de fact. Over the first four months, as of April 2016, the National Anticorruption Bureau has opened 120 criminal proceedings on corruption, send nine cases concerning 12 persons to court, issued 25 notices of suspicion and arrested 220m hryvnyas (official reports).

If the visa-free regime is delayed, certain politicians will use the EU inconsistency to push for the closure of respective anticorruption initiatives.

6. "The cancellation of visas for Ukrainians should be tied to the introduction of a new strict mechanism for suspension of visa-free regulations."

We understand the importance of a new mechanism. However new rules will not apply to those states which were granted visa-free status earlier. So there is no need to delay a decision on Ukraine due to their preparations. At the same time, visa-free regulations come with strict commitments which help the fight against illegal migration and its consequences. Also, the EU and Ukraine signed the readmission agreement, which in particular provides for migrants' return to Ukraine. The EU has had no complaints about Ukraine with regard to its implementation. 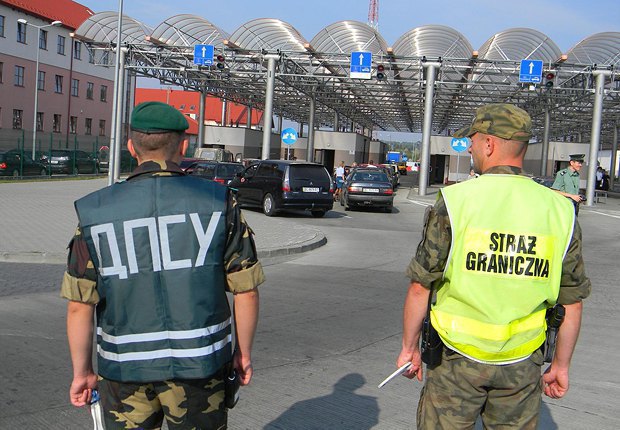 
7. "Visa liberalization will harm Ukraine because the main leverage over the government to hold reforms will disappear."

On the contrary, a delay in the visa-free status will leave the EU with weaker leverage over Ukraine with regard to reforms. If the EU delays its decision on liberalization, the EU will lose its authority of a responsible partner. Some politicians will use it as a reason to hit the brakes on reforms. They will also pay les attention to EU recommendations in the future. This is especially dangerous for anticorruption reforms that are still underway.

Instead the EU Council has already announced that the EU is preparing a mechanism of post-monitoring. It describes the EU's possible response to any violations of the previously implemented requirements of the visa liberalization action plan by Ukraine – from a warning to the suspension of the visa-free regime.

However the development of a post-monitoring tool should in no way become a reason for delaying the visa-free regime as it will produce the same negative effect.

8. "Ukraine does not control a part of its territory and thus there is a risk of smuggling and human trafficking across the territory of Ukraine to the EU."

Over the past two years, Ukraine has reformed its police and border service to guarantee the security and reliability of its border. Human trafficking indeed used to be one of the main challenges however its scale has plummeted. The European Commission's reports show that the EU highly appreciates the efforts of the Ukrainian government to tackle this crime.

9. "Too few Ukrainians have biometric passports. Therefore it is wrong to say that visa-free travel is important to the majority of Ukrainians." 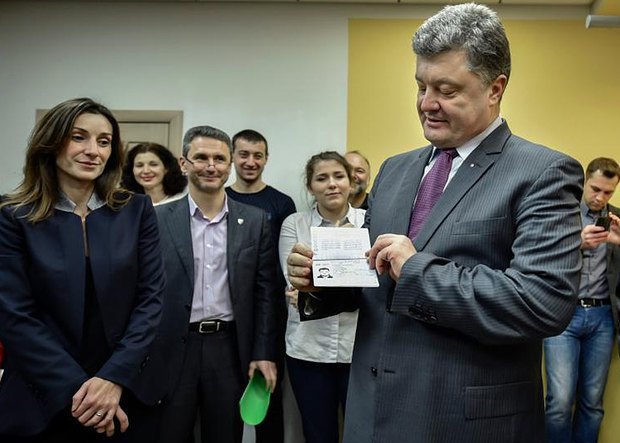 Photo: president.gov.ua
Poroshenko is being issued his biometric passport. 12 January 2015


Some Ukrainians are in no hurry to apply for a new passport for a simple reason: why spend money on biometrics when you have no idea when the EU is going to allow visa-free travel?

In the meantime, visa-free regulations are important not so much because of their practical value (easier travel) but because of the political one. It is a symbol of the EU's willingness to cooperate with Ukraine and its readiness to deliver on its commitments as stated above.

10. "Ukraine carried out reforms not for visa-free travel but for its own good. It is regretful that Ukrainians do not understand the importance of changes and are so dependent on external influence."

Ukrainians understand the importance of reforms. A survey by the Institute of World Policy found that, when asked "If the EU does not give Ukraine a prospect of membership, what should the authorities do?", the biggest group of respondents, 46 per cent, selected the option "Reforms first, then the talks with the EU". Nevertheless, when you are faced with an external aggression and economic crisis, it is important to get a message of support from your partner. It can help the changes to be implemented faster and more effectively.

Unfortunately, in Ukraine, there are certain political groups opposed to changes as they threaten their wealth and income, and they will use every opportunity to have the reforms reversed. Therefore the Western support is required to effectively counteract populist calls.