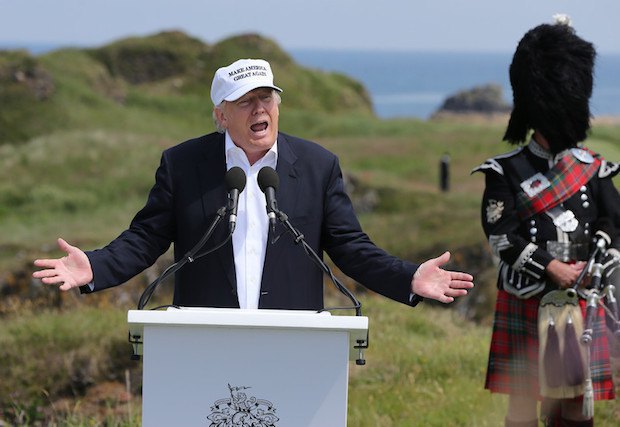 Considering the previously announced position on the referendum, Clinton decided to stay within the purely rational framework in her comments. One of the key messages she made was this: "Emotional decisions in the time of uncertainty may cost dearly not only the global economy as such but every citizen not only of the UK but the USA as well."

Trump's HQ did a perfect job having quickly filled the information space with numerous expert assessments and analyses aimed at persuading the public that Brexit has boosted Trump's chances in the coming election. 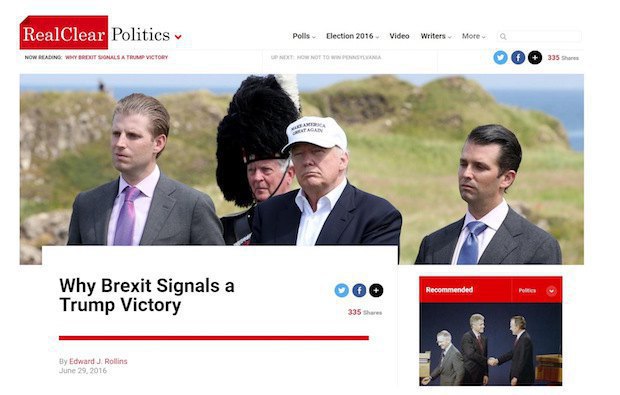 There is also a rational explanation. Trump now badly needs additional funding for his election campaign and Brexit is a perfect opportunity to pump his election-ability in the eyes of potential sponsors.

Clinton's HQ chose the only possible strategy of rational approach to the referendum result. Hillary already cites specific facts and examples of economic consequences of the decision made by 51 per cent of British voters. Including consequences for US citizens. In particular, she said that on the first day after the Brexit vote the Americans have lost around 100bn dollars in pension savings to panic on financial markets alone. Hillary uses every opportunity to make a point that amid all the news, Trump persists with rejoicing and welcoming the Brexit.

It seems that Hillary Clinton's advisers are very well aware that after the first emotional week the effect of novelty and surprise, which the news from the other side of the pond had, will gradually vanish. They are counting on this. And they also expect the information space to gradually fill with new data which would make the Brexit seem not such a good news to US voters. The task is quite manageable. Especially since this trend is in for a longer term, which could help Hillary Clinton to take revenge for a tactical defeat to Trump in the Brexit context.

Even a superficial monitoring shows that today, a week after the referendum in Britain, the US information space has been fully reset by the Clinton team. Nearly all Google search queries on the Brexit and US presidential candidates concern clearly pro-Clinton publications. Although one should not forget that the world's most popular search engine has repeatedly faced justified criticism for promoting publications favouring Hillary Clinton and purging any negative ones. 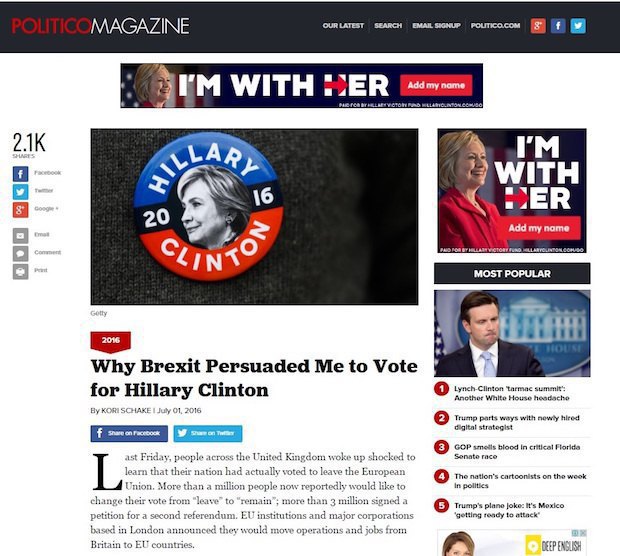 Nevertheless, Trump is still looking as if he has skimmed most cream off the British referendum, however Clinton's team tirelessly mitigates this threat to minimize the risks as much as possible. Results of this work will become more visible no earlier than in several weeks or even months.

Opinion polls held in August-September will clearly show whether there is a global anti-elite trend which lifts unexpected candidates like Trump to the Olympus and makes such events as the Brexit possible. Or if "the rebellion of electoral masses" is just a result of the discussion between US and British intellectuals, which was picked up by US consultants and used hot on the heels for the benefit of Trump.