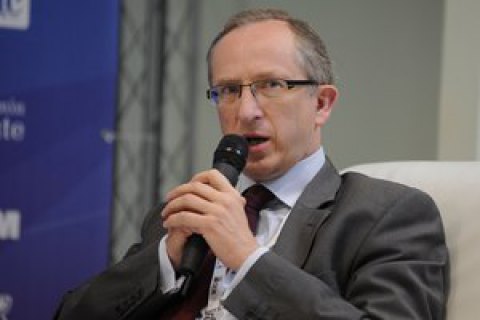 The head of the EU Delegation to Ukraine, Ian Tombinsky, urged the nation's authorities to promptly investigate the murder of journalist Pavel Sheremet.

"I express my sincere condolences to the family of Pavel Sheremet and all of his colleagues, thanks to whose work Ukraine has independent and free media I urge the authorities to place every effort to investigate and quickly bring to justice those responsible for this heinous crime," reads the statement of the EU Delegation on Facebook.

Journalist Pavel Sheremet died in car explosion this morning. According to the Interior Ministry, the bomb with the equivalent to 600 g of TNT was triggered by a remote control. The car belonged to the head of the publication Ukrainska Pravda Alyona Prytula, who was not in the car.

The OSCE Representative on Freedom of the Media, Dunja Mijatović called to as soon as possible investigate the crime and bring to justice the perpetrators and the contractor of this murder.