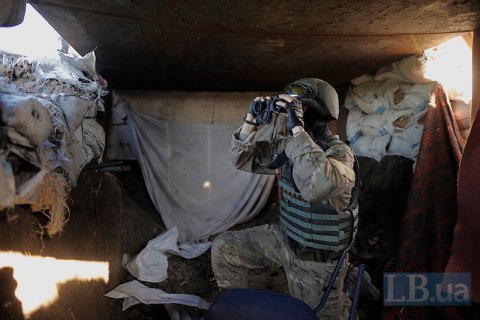 Pro-Russian militants have launched 17 fire attacks in the antiterrorist operation (ATO) area in Donbas, the ATO press centre has said on Facebook.

In the Donetsk sector, the terrorists fired with grenade launchers on the ATO strongpoints near Avdiyivka,Troyitske and Luhanske at the Svitlodarsk salient, and with machine guns near Kamenka.

In the Mariupol sector, the militants fired with 120-mm mortars on Shyrokyne and Vodyane. Armed provocations were registered near Starohnativka.

A cease-fire was observed in Luhansk Region during the day.

Eleven Ukrainian servicemen were wounded in Donbas on 7 August.