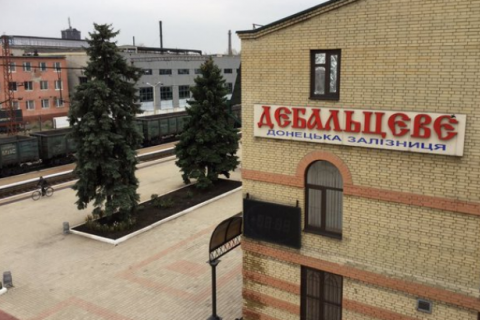 The Ukrainian side during a video conference of the Trilateral Contact Group on Donbas settlement drew the attention of the representatives of the "DPR" and "LPR" to the provisions of the Memorandum of 19 September 2014, which, among other things, provides for the control of Ukraine over the town of Debaltseve," the press secretary of Leonid Kuchma, the Ukrainian representative in the Contact Group, Darka Olifer wrote on Facebook on Tuesday, 18 October.

"This document, in particular, provides for the demarcation of the parties along the contact line, which has developed as of 19 September 2014, which was violated by representatives of certain areas of the Donetsk and Luhansk regions. These representatives breached the provision that clearly banned the deployment of heavy weapons and military equipment in the vicinity of settlements Komsomolske, Kumachove, Novoazovske, Sakhanka."

The representatives of Ukraine also reiterated the need to complete cease-fire, the return of border control to Ukraine, the withdrawal of foreign troops and armaments, and the deployment of OSCE SMM along the stretches of Ukrainian-Russian border, currently not controlled by Ukraine.

"We emphasize: this is extremely important on the eve of tomorrow's meeting of Normandy Four leaders in Berlin," Olifer concluded.

On Wednesday, 19 October, Berlin will host the first in this year meeting of Normandy Four leaders on Donbas settlement.