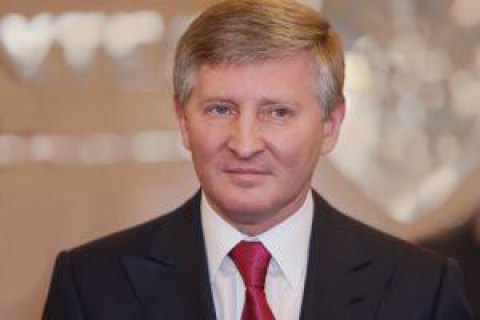 Kyiv Economic Court ordered the company ESU , which is the main stakeholder of the largest fixed-line telecom operator in Ukraine, Ukrtelecom, owned by Rinat Akhmetov, to return 810.6m hryvnya in debt on the bonds to state-owned Ukreximbank.

ESU bought Ukrtelecom in 2011, having paid 10.57bn HRYVNYA for 92.79% stake. The purchase was partially funded two state banks. Shortly before transferring of the second tranche to the accounts of the State Property Fund, ESU issued bonds worth 4.2bn hryvnya. In the course of a private placement, the bonds were acquired by Oschadbank and Ukreximbank.

Ukreximbank at the end of April 2013 ESU acquired bonds with nominal value of 2.24bn hryvnya, while Oschadbank bought ESU bonds worth about 2bn hryvnya.

Oschadbank is now trying to recover from the ESU 714m hryvnya in arrears on interest payments on the bonds. So far, the ESO has been unable to redeem the bonds from the state-owned banks.

The maturity of the ESU bonds ended back in 2015, but the company postponed the repayment until March 2017.

In 2015, Ukrtelecom pledged to purchase ESU bonds worth 2bn hryvnya form the state-ownwed banks, and to pay interests. The funds, which the company plans to gain from the sale of 3G-operator TriMob to MTS Ukraine (Vodafone brand) could be used for the repayment of old debts but neither Ukrtelecom or MTS Ukraine have yet disclosed details of the deal.

If ESU does not repay its obligations to Ukreximbank and Oschadbank within the designated period, its stake in Ukrtelecom can go to the ownership of banks.

ESU was established in December 2005 in Kyiv as RBScom. In July 2006, with the arrival in Ukraine of the Austrian investment fund EPIC, the company was renamed EPIC Services Ukraine and later ESU.