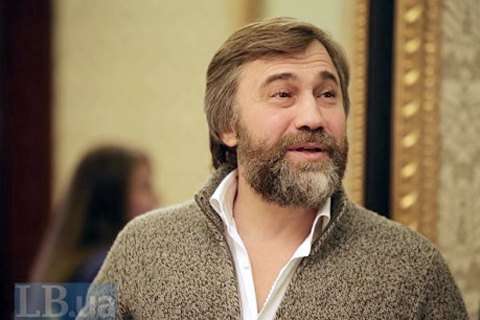 Prosecutor-General Yuriy Lutsenko confirmed that he was going to ask the parliament to lift the immunity of MP Vadym Novinskyy (Opposition Bloc).

"We are on the final stretch in a case where Yanukovych is suspected of illegal pressure on the Ukrainian Orthodox Church for the purpose to unseat the late Metropolitan Vladimir. MP Novinskyy is another suspect in this case. Obviously, I will have to ask the Verkhovna Rada to strip Mr Novinsky of immunity" Lutsenko told a briefing on 25 October.

Novinskyy earlier dismissed the alleged plans of the PGO to request the parliament to strip his immunity as "fake and manipulation".

In an interview with Sonya Koshkina on the Left Bank talk show, Lutsenko said that Metropolitan Vladimir was brought to a premature death.