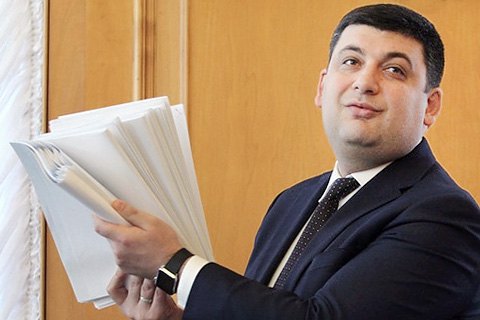 Prime Minister Volodymyr Groysman says the minimum wage in Ukraine will increase to 3,200 hryvnia since January 1.

The Cabinet will make this proposal a part of the second reading of the 2017 draft state budget.

"We in the government, the coalition and the president jointly arrived a solution which enables us to take steps toward the restoration of order in the labour remuneration of Ukrainian citizens. We suggest that the minimum wage of citizens in 2017 amounted to 3,200 hryvnia, ie we will provide a two-fold increase in the minimum wages. This means that as of 1 January 2017, no citizen of Ukraine will earn less than 3,200 hryvnia," the prime minister said.

"This applies not only to jobs in private sector, but also in public sector," Groysman stressed.

Consumer basket and the cost of living will be set on the corresponding level, he said.

Earlier, the Cabinet proposed to increase the minimum wage from 1 May to 1684 hryvnya and since December 1 to 1,762 hryvnya.