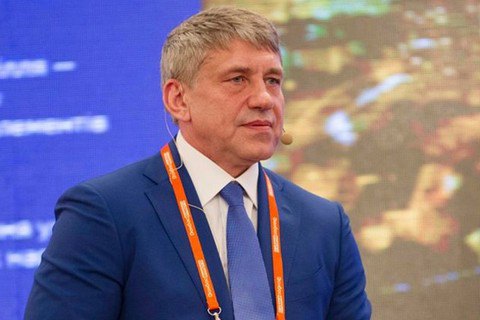 Ukrainian thermal power plants and CHPs may be left without coal during the upcoming winter because of the problems with the delivery of fuel from seaports to plants' warehouses, the Minister of Energy of Ukraine Ihor Nasalik warned on 21 October as he called on the head of the nation's railways Ukrzaliznytsia Wojciech Balchunu requested to contribute to the delivery of coal.

"We must join efforts to provide Ukrainians with heat and light," reads the statement of Nasalik as quoted by Focus.

The minister said that the state have purchased the necessary volumes of coal: state-owned Centrenergo has chartered five vessels to deliver to Ukraine 350 thousand tons of anthracite coal. At the same time, the additional freight traffic over the positive dynamics of metallurgy along with the heavy depreciation of Ukrzaliznytsya's rolling stock calls the carrier's abilities to secure timely delivery of coal to the power in question.

According to the head of the Center of Transport Policies Serhiy Vovk, Ukrzaliznytsia lacks about 10 thousand freight cars to ensure the smooth freight turnover. Such problems are nothing new, says Vovk, and have been resolved "manually" as UZ provided was forced to give freight cars to transport coal at the expense of other customers.

In the meantime, Ukrzaliznytsia's chief Balchun says he is doing all he can, "Helping find the freight cars sounds alright. However, the previous UZ CEOs have slashed repair budgets in half. We have increased funding (for repairs and purchase of cars) by nearly 1bn hryvnya, and had repair works toiling in three shifts. I just cannot improve the operating effectiveness of UZ in a few weeks," says the manager.

Focus reminds that although the Ministry of Energy has recently completed the high-voltage lines connecting the Rivne and Khmelnitsky NPPs with the center of the country, thus allowing nuclear power units work to their capacity, thermal generation continues to play a significant role.

In the case of coal shortage during the heating, power stations will have to use gas, which would lead to a significant hike in the price of electricity for industrial consumers and a drop in the competitiveness of Ukrainian industry.