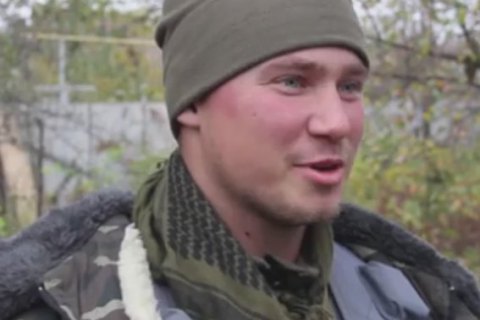 The Security Service of Ukraine (SBU) has accused Russia of organizing the abduction of ex-FSB (Federal Security Service) officer Ilya Bogdanov, who defected to Ukraine in 2014.

SBU chief Vasyl Hrytsak and Prosecutor-General Yuriy Lutsenko made a statement to this effect at a briefing on 18 November.

Hrytsak said that the abduction was an act of revenge. "Russians do not forgive such things," he said.

A group of abductors was intercepted close to the state border in Kharkiv Region.

"We were informed that Ilya Bogdanov was abducted and illegally held and that he was to be transported to Russia. We made a strong group - the Alfa Special Operations Centre was engaged in ensuring our combat part – significant operational and technical capacities and sent it to Kharkiv because Bogdanov was there. After the abductors' location was tracked down, an interception of this group was organized. We call them dispatchers, these are Ukrainians," the SBU said.

According to Hrytsak, the abduction operation was coordinated from Russia by Aleksandr, an FSB officer. A former member of the Kharkiv regional council, Volodymyr Rozsokha, who was recruited by special services in July 2015, was also involved in the abduction. In October 2016, Rozsokha was instructed to organize Bogdanov's abduction with the help of a task force and bring him to Kharkiv to be later handed over to Russia.

Bogdanov used to be a career officer of the FSB. In 2014, he defected to Ukraine. He took part in the antiterrorist operation in eastern Ukraine as a member of the Right Sector Civil Corps. In 2015, he was granted Ukrainian citizenship.