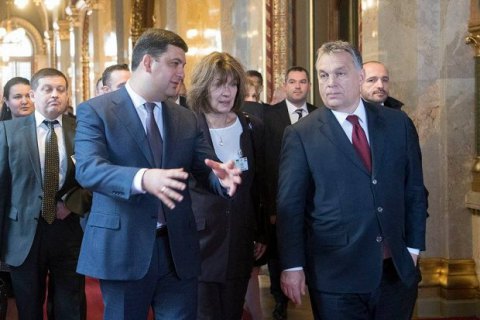 Hungary has issued Ukraine with a 50m-euro loan for the development of its border infrastructure, according to the Ukrainian government website.

Following the meeting of the prime ministers of Ukraine and Hungary, Volodymyr Groysman and Victor Orbán, on 24 November the representatives of the two governments signed a number of bilateral documents.

Groysman and Orbán signed a bilateral government agreement on granting a tied aid loan and a protocol of intent on comprehensive development of border crossing points and infrastructure at the state border between Ukraine and Hungary.

Apart from that, Deputy Prime Minister of Ukraine Volodymyr Kistion and Minister of National Development of Hungary Miklós Seszták signed a bilateral government agreement on maintenance of border road bridges on the Ukrainian-Hungarian state border.

The two prime ministers also pledged to ensure that a motorway leading to the Hungarian-Ukrainian border will have been built by 2020.