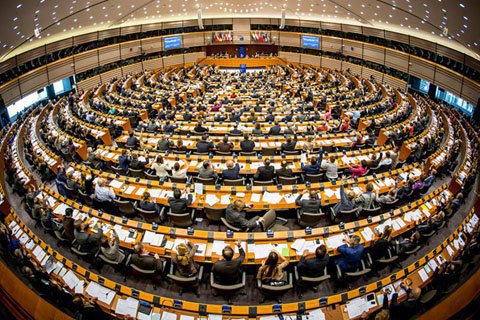 Propaganda pressure on the EU from Russia and Islamist terrorist groups is growing, MEPs warn in a resolution voted and published on the European Parliament's website on 23 November.

The resolution was approved by 304 votes, while 179 MEPs voted against it and 208 abstained.

The anti-EU propaganda " seeks to distort the truth, incite fear, provoke doubt and divide the EU", it reads.

The resolution stresses that the “Kremlin is funding political parties and other organisations within the EU” and deplores “Russian backing of anti-EU forces” such as extreme-right parties and populist forces.

The resolution stresses that the EU needs to counter disinformation campaigns and propaganda from countries, such as Russia, and non-state actors, like Daesh, Al-Qaeda and other violent jihadi terrorist groups.

Russian President Vladimir Putin reacted to the resolution by saying it was an "obvious political degradation of the notion of democracy in the Western society."