Following a rally on Kyiv's Independence Square (Maydan), activists of the far-right groups such as Mykola Kokhanivskyy's OUN (Organization of Ukrainian Nationalists), the White Hammer, the National Resistance, the Right Sector and Automaydan have walked along the city centre towards what they have described as the office of Viktor Medvedchuk. 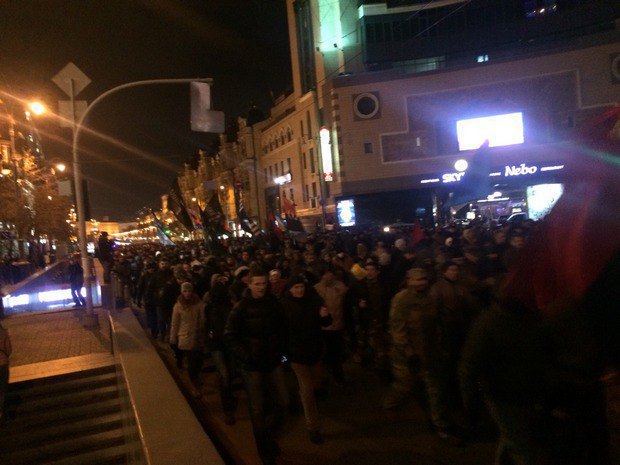 Medvedchuk is the leader of the pro-Russian movement Ukrainian Choice and a friend of Russian President Vladimir Putin.

The protests smashed the ground-floor windows of the building at 23b, Vasylkivska St and pelted the next floor with stones before they returned back to Maydan.

A fire which broke out on the ground floor was extinguished by fire brigades working under the protection of special police. 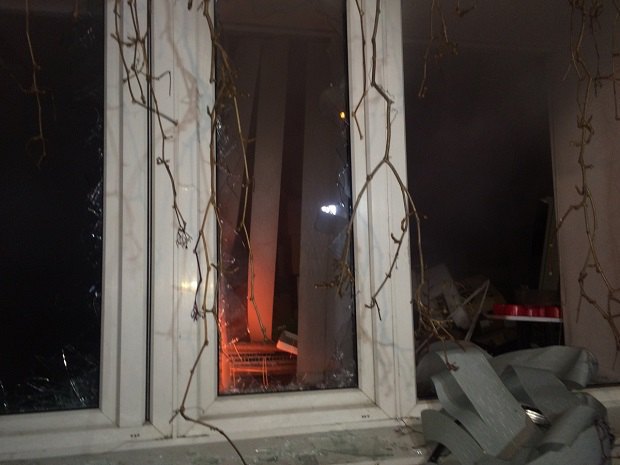 On their way back, the protesters also damaged the windows and door of a local office of Sberbank.

Earlier, over 1,000 representatives of nationalist groups gather on Independence Square to mark the third anniversary of the beginning of the Euro-Maydan protests.

They put several tires on fire and briefly clashed with police which attempted to pull them away.