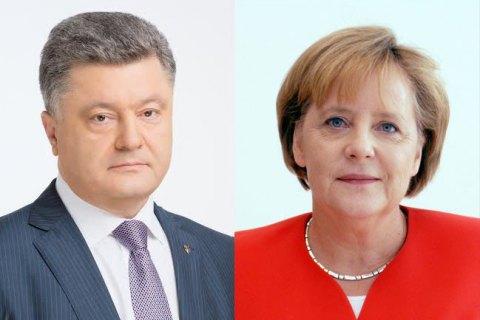 Ukrainian President Petro Poroshenko and German Chancellor Angela Merkel have discussed the security situation on Donbas over the phone, according to Poroshenko's official website.

They also touched upon visa-free travel for Ukrainians. The chancellor confirmed that the decision to lift visas would enter into force immediately once the EU agreed a so-called suspension mechanism.

Recapping the EU leaders' meeting with US President Barack Obama, she confirmed the EU sanctions on Russia would remain in place until it honoured the Minsk agreements.