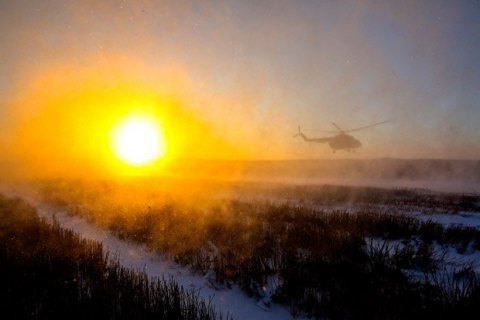 Over the past day, the Russian backed separatists 15 times fired at the positions of Ukrainian military in the zone of the antiterrorist operation in Donbass, the ATO press center reported on 14 December.

In the direction of Luhansk, the terrorists used 120- and 82-mm mortars to shell the Village of Krymske. Stanytsya Luhanska was attacked from rocket-propelled grenades and small arms.

In the Donetsk sector, the militants shelled Luhanske and Novooleksandrivka from 82-mm mortars and fired grenade launchers of various systems, heavy machine guns and small arms at Verhnyotoretske and Avdiyivka. An enemy sniper was active at ATO positions in the village of Luhanske.

In the Mariupol sector, the ATO positions in the area of Borodinske were shelled from 152-mm artillery, while Shyrokyno was shelled from 122-mm artillery. Rocket-propelled grenades, heavy machine guns and small arms were fired at Mariynka and Talakivka.

Over the past day no Ukrainian soldier was killed or wounded in the combat zone.