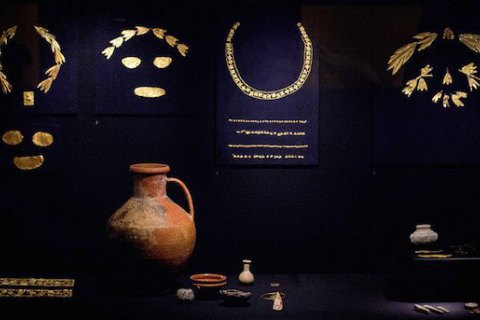 An Amsterdam district court issued a ruling in the case of the return of the exhibits "Crimea: the gold and the secrets of the Black Sea", held in 2014 at the city's Allard Pierson Museum.

The court refused to return artifacts from four Crimean museums to Crimea.

The Ministry of Culture of Ukraine confirmed the reports about the ruling, adding that Ukraine should decide on the return of the exhibits in accordance with its legislation.

The collection will stay in Amsterdam for another three months to allow time for the claimant, the Crimean museums, to appeal.

The Exhibits are known collectively as the "Scythian gold", though none of the objects is made of gold, have been found during archaeological excavations in Crimea.

Crimean museums insist on the continuity of collections and on the fact that the exhibits originate from Crimea should return to the museum, where they were taken from.

Earlier, Ukraine has arrested exhibits in order to prevent them taken out in the event of a court decision in favour of the Crimean museums.