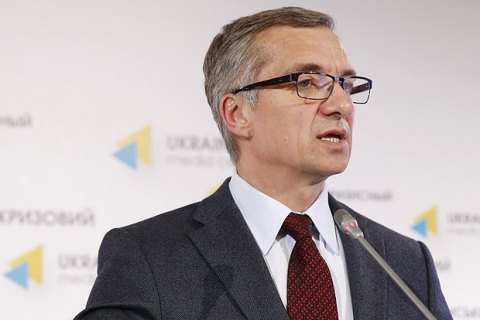 State-owned Privatbank has lifted all restrictions imposed after its nationalization, the new COB Oleksandr Shlapak told a briefing in Dnipro on 21 December.

"Over the past three days, the interim administration has imposed some restrictions on the activities of the bank. Today, the bank's board removed all these restrictions. All of our customers will be able before the end of the day to receive the full range of services, which was previously provided by the National Bank. Correspondent accounts will be unlocked, the accrual of interests will resume, SWIFT system will work as usual, overdraft loans will be issued, etc," Shlapak said.

Before the briefing, Finance Minister Oleksandr Danyluk ushered Shlapak as the new COB of the bank.

Oleksandr Shlapak in 1993-1998 worked in Privatbank under the then COB Serhiy Tyhipko.