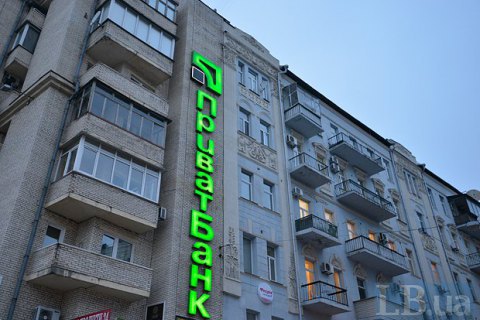 Ukraine's Finance Minister Oleksandr Danyluk on Friday, 23 December, ushered the supervisory board of the state-owned Privatbank.

He said that before the formation of the supervisory board, the officials met with the president and the prime minister, where President Poroshenko offered to all international organizations that are interested in supporting the development of Privatbank to delegate their representatives "so that it was a joint work," the minister told a press conference.

Members will elect the head of the supervisory board at the first meeting.

The previous supervisory board of PrivatBank included the former NBU governor Volodymyr Stelmakh (chair), Ihor Kolomoisky and Henadiy Boholyubov - two largest stakeholders of the bank, as well as Viktor Lysytskyy and Oleksiy Martynov.

On December 18, 2016 Ukraine nationalised the country's largest PrivatBank. The decision was made when the owners admitted that they were unable to run a program of recapitalization.

The interim administration has reported discovering a 148bn hryvnia "hole" in Privatbank's capital, of which the state will have to close at least 116 bn. As it turned out, about 97% of Privatbank's commercial loans were extended to related parties.