The State Inspectorate for Nuclear Regulation of Ukraine on Monday, 16 January announced the completion of the liquidation of the burial facility of radioactive waste Vakulenchuk located at a former missile base in Zhytomyr Region.

After the breakup of the USSR, Ukraine inherited a few burials of radioactive waste that have been created in 1960-1990. Two burial grounds are located in the occupied Crimea, one - near Delyatyn in Ivano-Frankivsk Region, one - near Tsybulevo in Kirovohrad Region, another was in the area of the village Vakulenchuk in Zhytomyr Region. 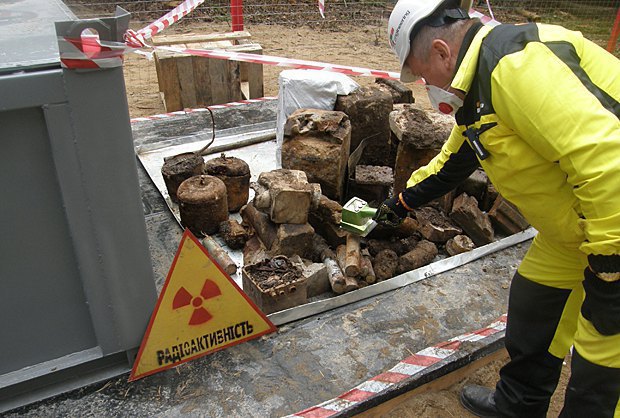 One radioactive waste repository is on the territory of Donetsk Treasury Chemical Plant, which is under the control of militants.

In 2013, NATO and Ukraine signed an agreement on the reburial of radioactive waste. In 2015, Ukraine ratified the treaty. In the winter of 2016, works began on Vakulenchuk burial ground.

According to the press service of the State Nuclear Regulatory Committee it was the place of storage of decommissioned sources of ionizing radiation (SIR), which were used to calibrate equipment.