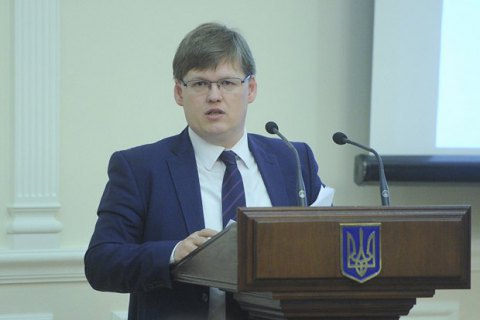 The current government and authorities will not take any steps to raise the retirement age, says Deputy Prime Minister Pavlo Rozenko.

Raising the retirement age "is not in the memorandum with the IMF or any of our obligations. I am convinced that the current government and authorities will not take any steps to raise the retirement age," Rozenko said as quoted by the Cabinet's website.

Deputy Prime Minister claimed that the gradual increase in the retirement age, that started in 2011, has not led to a reduction in the budget deficit of the Pension Fund.

"Raising the retirement age has no positive impact on the PF budget deficit. It has increased significantly compared to 2011 when it was at 40bn hryvnia to over 140bn hryvnia in state subsidies to the Pension Fund," he said.

Rozenko urges that the problem of the Pension Fund is not early retirement age, but low incomes of populations and tax evasion.

"Today, more than 50% of working citizens do not pay pension deductions, or do not pay in full. And when the State or the authorities asked why we have such miserable pensions, the only answer is that our pensions are low because we are not accustomed to pay taxes honestly and in full," said.

He expressed hope that the recent two-fold increase in the minimum wage to 3,200 hryvnia will contribute to that the replenishment of the Pension Fund.

The internet publication Ekonomichna Pravda published on Monday an updated list of requirements of the International Monetary Fund for Ukraine, conditioning the issue of further IMF tranches.

Ukraine's Cabinet before the end of January 2017 should decide on the monetization of social subsidies, while the Deposit Guarantee Fund should order an audit of Privatbank's work in the last six months before the nationalization.

According to the document the Verkhovna Rada should before the end of March 2017 adopt a pension reform bill to rise the retirement age for men by four months each year starting July 2017; for women - by six months every year since 2021. In 2027 the retirement age for both men and women should reach 63 years.