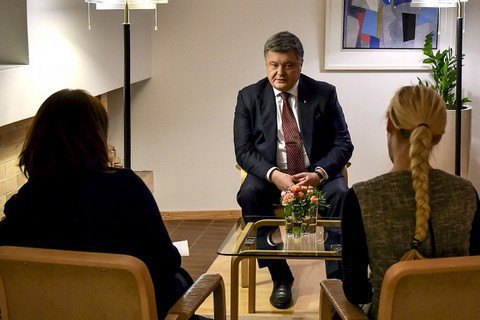 President Petro Poroshenko in an interview with Finnish publications Helsingin Sanomat and Iltalehti said that Russia is trying to divide the European Union.

"Who does not have benefits from the existence of the EU? France has benefits, just as Germany and Great Britain, even despite Brexit. Finland as well. Meanwhile, Russia spares no efforts to weaken the EU. Putin wants to undermine credibility and split the EU by exercising impact on individual states," the president's press service quoted Poroshenko as saying.

The head of state expressed concern over the present situation in the EU.

"Some people say that Putin said that the collapse of the Soviet Union had been the greatest tragedy of the 90th for him. For me, the EU's collapse would be a tragedy," The president noted.

The former US Vice-President Joe Biden recently said that Russia will try to influence the elections in Europe, as it has done in the United States, to "destroy the international liberal order."