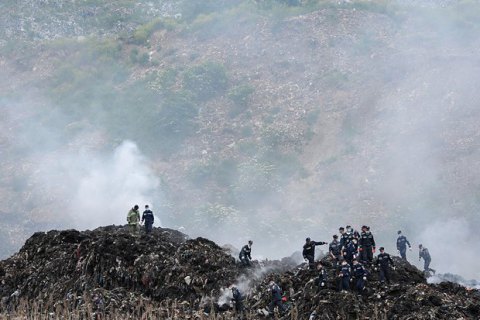 The commission for emergencies in the Lviv regional state administration decided at a meeting on Wednesday, 25 January on five landfills in the region that must accept garbage from the city, Zaxid.net reported.

Among others, the representatives of Drohobych, Chervonohrad, Boryslav, Mykolayiv and Sambor agreed to accept garbage from Lviv.

"The regional Commission ordered the heads of local authorities to concluded agreements with Lviv to take out the accumulated volumes of garbage from the city to landfills in their areas," the head of the Regional State Administration Oleh Synyutka was quoted as saying.

Meanwhile, Lviv Mayor Andriy Sadovyy expressed doubts whether the accumulated garbage can be removed within a week's term as regional landfills are almost full. He said Drohobych and Boryslav have accepted Lviv garbage before, but will hardly be capable of processing more than one or two tracks a day.

Sadovyy insisted that garbage must be also taken to other landfills outside the region but Sinyutka assured that the situation was under control.

Earlier, Sadovyy suggested that the city may export its garbage abroad.