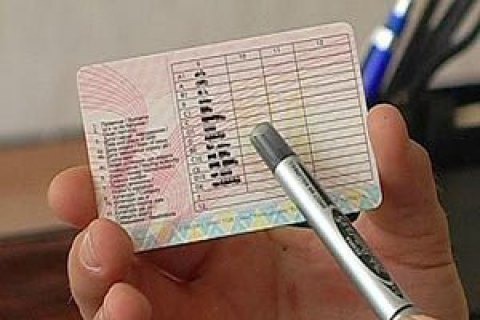 The Interior Ministry is working on a bill to reduce the period of validity of a driver's license, but the new rules will only apply to new licenses.

The ministry's main service centre said on its website on 26 January that the new bill is planned to be submitted to parliament in the second half of 2017. The bill introduces new categories of driver's licenses, which will be valid for the period from 5 to 15 years depending on a category.

"After the license expires, the motorist will have to undergo a medical examination to prove that his or her psychophysical skills meet the established requirements. We are looking in to issue of confirmation of theoretical and practical skills of drivers, although it would apply exclusively to specialized categories of drivers," the statement reads.

The Interior Ministry stressed that the new law would not be retroactive and would not apply to holders of licenses that were issued for 30, 50 years or indefinitely.

The bill also provides for the development of new tests and photo and video monitoring during the licensing exams. New licenses will be better protected from counterfeiting thanks to a microchip embedded in them.

A recent Facebook post by Deputy Interior Minister for European Integration Anastasiya Deyeva sparked public outcry as is it failed to explain the nature of the proposed changes. Many motorists were concerned they would have to take license tests every five years.

Currently, driving licenses in Ukraine are issued for 30 years, those issued before 2013 for 50 years.