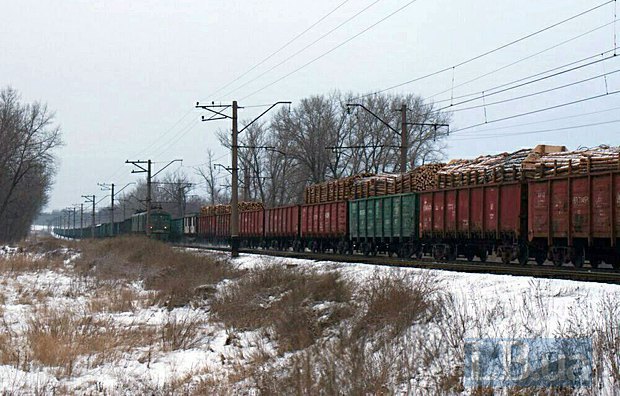 Photo: Photo: Max Levin
An LB.ua reporter has spotted freight trains that headed to the occupied territories of Donetsk Region.

In particular, on January 25 in the area of Verhnyotoretske the reporter took pictures of a timber-loaded freight train heading in the direction of Yasynuvata, held by separatists.

Earlier this week, the veterans of ATO along with the Self-Help people's deputies have started blocking the railway on the Luhansk-Popasna stretch in Luhansk Region.

Prosecutor's office has announced opening proceedings on the fact of the railroad blockade.

In response, the former head of the volunteer battalion Donbas MP Semen Semenchenko said the geography of the blockade will be expanded.