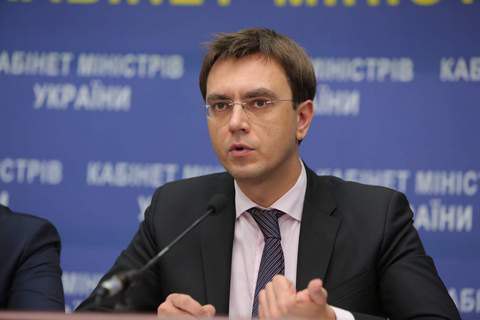 Infrastructure Minister Volodymyr Omelyan has said that he is not going to resign despite the protracted public conflict around the national railway company Ukrzaliznytsya and the appointment of Andriy Halushchak as state secretary to his ministry.

"I would think the obstacles are man-made and no-one needs those reforms and myself. But when I saw how many people are waiting for me to step down I decided not to give them that pleasure. I will fight to the end to give revanche no chance," Omelyan said on the air of 5 Kanal on 25 January.

He said he feels confident and calm in the ministerial seat "because the truth is on my side."

On 5 December 2016, Omelyan said he was not going to work in the ministry with the person who has won the contest for the post of state secretary. Nevertheless, the government appointed Halushchak as state secretary of the Infrastructure Ministry in late December.

After Omelyan expressed dissatisfaction with the performance of Ukrzaliznytsya manager Wojciech Balczun, the government resubordinated the company directly to the Cabinet of Ministers.

The minister has harshly criticized Balczun, but Prime Minister Volodymyr Groysman threw his weight behind him on 25 January.