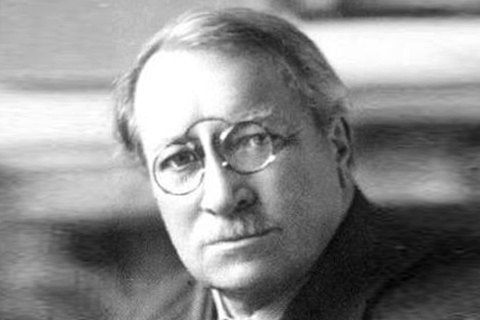 The urn with the ashes of Ukrainian writer Oleksandr Oles and his wife was brought to Kyiv on Friday, Interfax-Ukraine reported with a reference to foreign ministry.

Later in the day the Minister of Culture Yevhen Nyshchuk is slated to give a media briefing dedicated to the reburial of the writer.

Oleksandr Oles (1878-1944) was until recently buried at a Prague cemetery. On 3 January, his remains were exhumed to be replaced by the remains of Volodymyr Mikhaylyshyn who has for years paid the rent for the grave of the poet and his wife.

The Ukrainian government has decided to rebury the remains of Oleksandr Oles in Ukraine, the Czech Republic agreed to this.

The poet will be buried at Kyiv's Lukyanivka cemetery.

Oleksandr Oles (Kandyba) was a prominent Ukrainian writer and poet. He is the father of another Ukrainian poet and political activist, Oleh Olzhych, who perished in the Nazi labor camps in 1944.