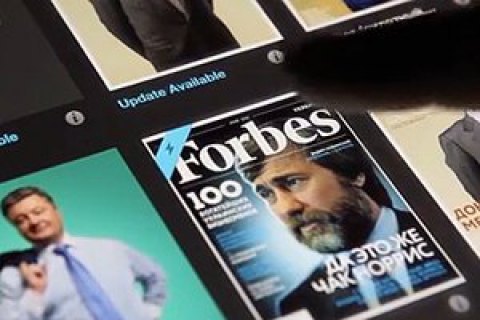 The editor in chief and a part of the Forbes Ukraine editorial team have stopped cooperation with Ukrainian Media Holding (UMH Group) and announced the launch of a new independent journalist project. "The recent events, including the economic crisis and litigation with the licensor, limit our capacity for professional growth and development of the project. Therefore the editorial team made the only correct decision in this situation, that is to launch an independent journalist project," the team said on Facebook.

The new project will be launched in March.

Both the magazine and website Forbes Ukraine are incorporated into UMH Group owned by fugitive oligarch Serhiy Kurchenko.

The US publishing house Forbes recalled its license from UMH Group in the spring 2014.

On 7 August 2016, the website of the Ukrainian edition of Forbes, forbes.ua, was taken down and its publications moved to forbes.net.ua. The last update on the website was made on 28 February.