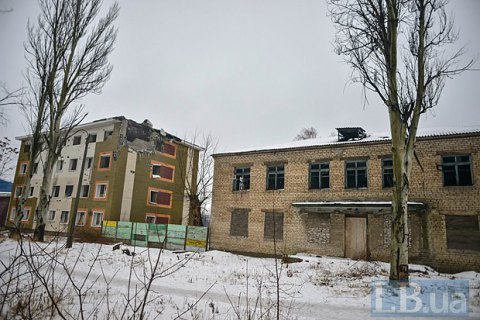 The front-line town of Avdiyivka in eastern Ukraine was left without electricity after a transmission line was damaged by pro-Russian militants' shelling.

"Avdiyivka has just been left without power supply. Mobile communication is patchy. Water is still being supplied to houses. This situation in the town was caused by another shelling attack with heavy weapons by the Russian occupation troops," the antiterrorist operation HQ said on Facebook.

According to Pavlo Zhebrivskyy, head of the Donetsk military-civil admistration, the line was damaged at 4 p.m. Kyiv time.

"Using the practiced algorithm, we are connecting vital facilities to autonomous power supply. Reservoir tanks have a certain volume of water which has been collected since yesterday, when the Donetsk filtering station resumed operation. We are preparing to request the regime of silence from the Russian side of the Joint Centre for Control and Coordination to repair the power line," he said on Facebook.