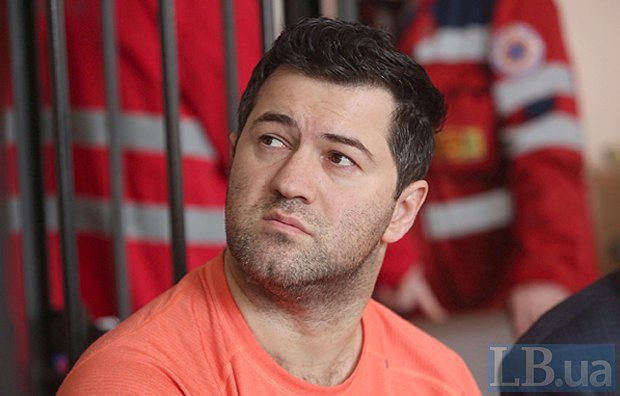 "Why didn't he leave at once? Why all this circus with a "heart attack" and the Feofaniya hospital?

I put these questions to Nasirov, his close entourage, MPs who are protective of him and his patrons. The former fiscal chief only made a helpless gesture as if to say, where would I go? Indeed, if the issue is not limited to one country but is international by its scale (more on this below), UK and Hungarian passports will not help much. MPs and patrons were more open: "You see, he had been given guarantees." They did not say who but everything is clear nevertheless. Still this answer is not exhaustive. There are also a common sense and one's own considerations: even when there are guarantees but you understand that at some point of time everything went wrong, the plan has to be changed. Specifically, stop pretending as if you are dying, stand the trial and defend yourself. Those who followed the process will confirm that on the last day, when Nasurov was fully engaged in the hearing, his arguments were rather well explained and justified. And the army of lawyers was there to help him. So why had not he taken a decent stand from the start by voluntarily reporting to court and defending himself? It is clear as day that in this situation he would have been more likely to end under house arrest. A house arrest with an ankle monitor which, as we know from Roman Mikhaylovych's predecessors, is easy to remove and everything what follows then. 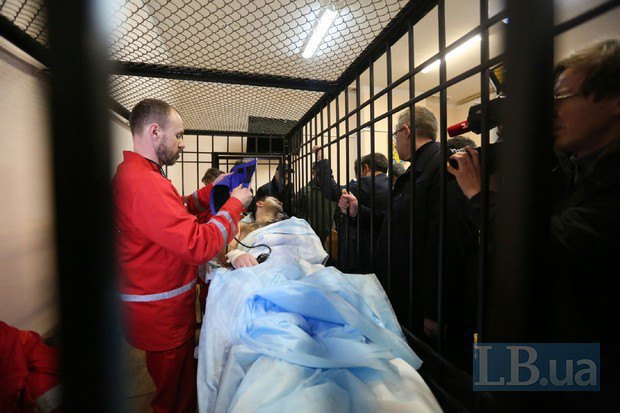 To go all-in, to risk it all, one needs to have courage. Namely courage. Which Nasirov does not have. He chose blind trust in the "guarantees", that he will be taken off the hook over common sense. And he paid a price. A "sad spectacle and a "despicable show" are the softest opinions expressed by the former fiscal chief's ex-allies in the recent days. He has destroyed his political career. This person has no public future any longer and he cannot have any. It is a big question whether he can restore his manly profile at all.

The background to "Nasirov's case" is well-known: the National Anticorruption Bureau of Ukraine (NABU) suspects him of being an accomplice to MP Oleksandr Onyshchenko's schemes. Onyshchenko, who managed to flee the country last year, is moving between the world capitals from which he blames Petro Poroshenko for all the deadly sins with the help of puppet media. Investigators believe that Nasirov can, if not confirm then, bring clarity to his allegations. Hence his detention.

Bankova [the street where the presidential administration is located] knew about this and rushed to "rescue" him. Not because they were afraid what Roman Mykhaylovych can see. To be frank, there are solid doubts he can share anything important with the investigators. Roman Mykhaylovych was never an independent player, he is a "function-person", an "extension", an obedient executor of the supreme will (for which he was appreciated). Besides, the memory of overly chatty Maksym Kurochkin who was shot dead in the backyard of the Svyatoshynskyy court in March 2007 is still fresh.

No, Nasirov was to be rescued because he is a cog in the wheel. His fate is a showcase for many other "function-persons", "extensions". For all those who, upon receiving unlawful orders, happily obey. And when they do so, they think that at a critical moment they will be "taken off the hook" because "the authorities are as strong as never before". Maybe, had Nasirov behaved in a manly manner – meeting law enforcers at his working place, reporting to court on his own and so on – they would have "taken him off the hook" indeed. What is more, he may have remained in charge of the State Fiscal Service. It would have looked quite not altogether bad to the onlookers. However Roman Mykhaylovych managed to do everything so that he could not be helped. And this sends a rather clear message to the rest. From now on, before any obedient official gets engaged in any affair, he will think for a hundred of times whether it is safe and whether the authorities can stand up for him. "Nasirov's casus" is also about the authorities who wanted to "stand up" for him but failed to do so under the public pressure.

And not only under the public pressure. 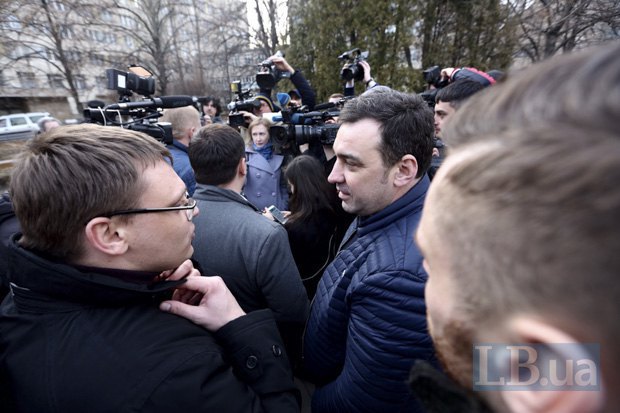 The "rescue" operation (especially in the current situation) was not to the liking of Western partners at all. Especially of representatives of the US embassy. On whom a lot depends still. And who represent a significant subject of Ukrainian politics.

Hence the main conclusion: the authorities are not almighty. Neither eternal nor almighty. Those who want to reproduce should think about putting their eggs in different baskets. Those who care about keeping a status quo should think time and again whether they should continue being yes men. I think you will agree that hardly any judge wants activists to come to his home at night and demand that he report to work. Or that they block him in court, demanding that he do his work. And so on.

Now let's try to understand why the authorities initially decided to use the scenario which we have all observed implemented. The reason is banal, it is fear. "Onyshchenko's case" and everything around it makes Bankova seriously sore. Not because there is any substance to the fugitive oligarch's allegations (we do not know for sure. What is more, Onyshchenko's behavior suggests that his allegations, if not all then most of what his says, are a bluff), but "to make sure nothing bad comes out of it". And fear is commonly known to be a bad adviser. Hence numerous mistakes. And public humiliation as a result. Not just for Nasirov.

Another source of concern is the blockade [of trade with militant-held areas] which started to procreate in the recent days. Up to Konotop. The conflict started back on 25 January but Bankova and Hrushevskyy [the street where the Cabinet of Ministers is located] have failed to curb it so far. For a number of reasons. These reasons, however, are of interest only to those on the Pechersk hills, for others it is clear that the authorities are not so almighty as they would like to seem. What is more, the authorities have lost their monopoly on the use of force. 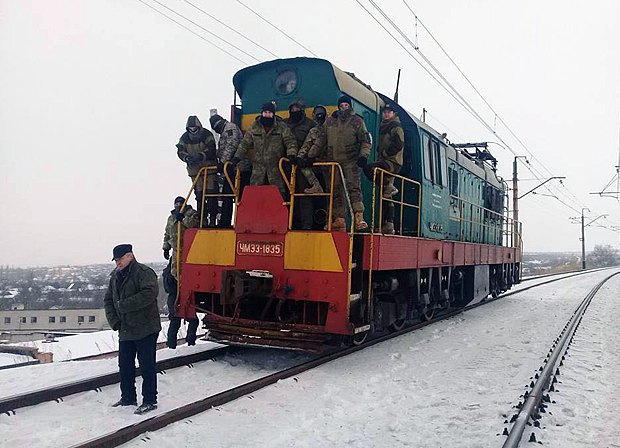 Another important conclusion is that the authorities have no sense of public sentiments. When Nasirov's story was yet in the bud, Bankova could not imagine that activists can pull ranks and block the court. They simply did not believe this could happen. Like Yanukovych did not believe that Maydan was not a paid project, that it was serious. And that starting from day one, concessions should have been made. Many were right to recall these days that had Yanukovych dismissed [then Interior Minister Vitaliy] Zakharchenko right after the crackdown on students, the Revolution of Dignity could have never lived up to its active phase. Such comparisons are justified.

Three years after we see the same unity, the same total loathing of all those in power (hatred is the main trend at all), the same breakdown into "us" and "them".

What follows? An attempt to give an unambiguous answer to this question (quite in the Facebook spirit which is short of professing Maidan-3) would be a charlatanry. There is no single answer, the truth is in undertones.

I have a clear memory of 31 October 2015, the day when Hennadiy Korban was detained. He was detained a member of a "criminal ring" which allegedly "stole money from a fund for antiterrorist operation servicemen". In our discussions with colleagues, we were all unanimous in thinking that if Kyiv, after all these "detentions by masked men" (the first of such scale during Poroshenko's presidency), high-profile allegations and so on, does not see the case to its completion, the image of the authorities will seriously suffer and their positions will weaken. Korban's trial was broadly covered by the media. And we all remember how it ended: first, the initiators were knocked out, and then there was a quiet "fixed match" after which Hennadiy Olehovych returned to Dnipro but has been staying aside of any public or especially opposition activity. 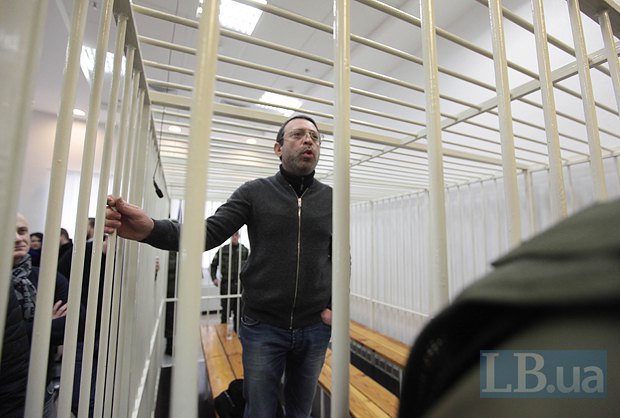 Upon both parties' consent, the tide of the scandal subsided as if it never were.

Will the same happen now? We do not know. Making any forecasts, we must remember that the society has changed. Even compared with 2015. People are not ready to be tolerant and forgiving when someone is trying to play them for a fool. The authorities do not seem to understand this. At least not in full for sure. And if they fail to understand this, their prospects are miserable.

P.S. It is not good to quote oneself, but still. Just two weeks ago I wrote an article entitled "Black swan: from Yanukovych to Poroshenko", in which I said in particular: "Both in February 2014 and now in February 2017, there was the same effect. The effect of a 'black swan', a person who reversed Maydan in the opposite direction. Three years ago, his speech became a surprise. Yanukovych thought he made deals with everyone when suddenly there was a force majeure…"

There is a close resemblance with the current situation.

Will the authorities be able to learn the lesson? Or Roman Nasirov will play the role of a new "black swan"? The time will tell. It remains for us to see how events unfold and wait.

And remember that fear is a bad adviser. 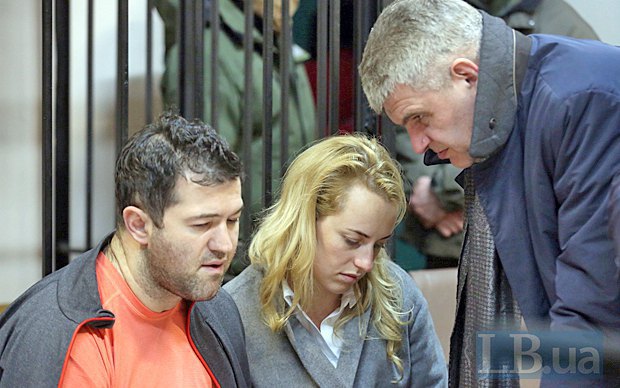