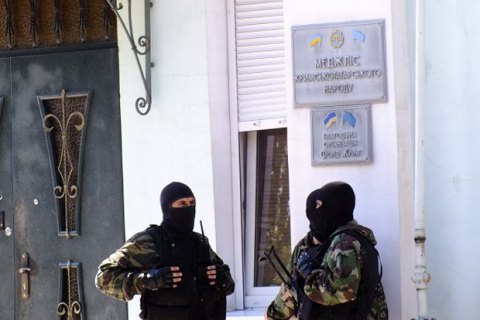 The Crimean Tatar Majis has filed a complaint with the European Court of Human Rights protesting against the ban on its operations by Russia which also put it on the list of extremist organisations, the Memorial human rights centre, which represents the Majlis's case in the ECHR, has said on its website.

The Majlis's representatives argued that Russia had violated Article 11 "Freedom of assembly and association" of the Convention for the Protection of Human Rights and Fundamental Freedoms. They said that Majlis members are being persecuted because of their political views. The complaint mentions five articles the Majlis believes Russia violated.

Its interests will also be represented by the Ukrainian Helsinki Group and the European Human Rights Advocacy Centre.

The Russia-controlled supreme court of Crimea banned the Majlis as an extremist organization on 26 April 2016.