A average salary of a full-time employee in Ukraine increased by 37% last year, Prime Minister Volodymyr Groysman wrote on Facebook on 1 May with a reference to the State Statistics Service. "Good news: Aaverage salary of a full-time employee in Ukraine in March 2017 was 6,752 hryvnya, according the State Statistics Service. This is twice as much as the minimum wage and 8.7% higher than in February. The improvement reflects the growth in industrial production in March, which soared by over 8%. As a whole we have a 37% annual increase in the income of Ukrainians. Considering that the inflation was about 15% rate during this period, one can safely say that the growth of salaries is finally outstripping the price increase," the prime minister said. 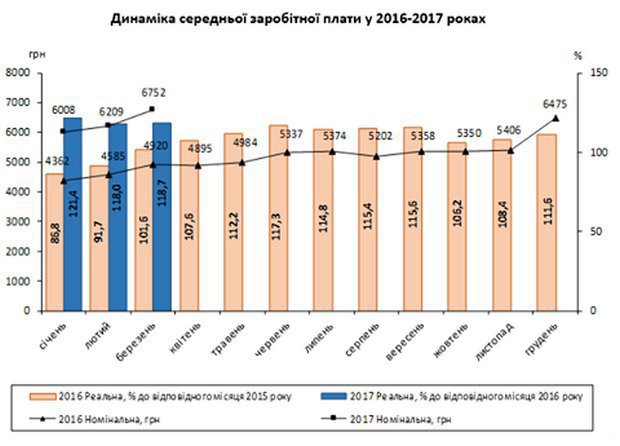 Ukraine's gross domestic product in Q1 2017 increased by 3 percent, according to the National Bank of Ukraine, an obvious improvement over the 2.3% in 2016 increment over the previous year.