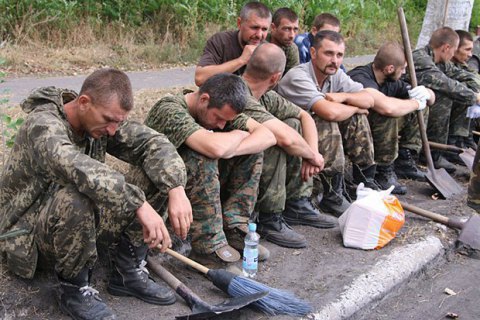 The process of verification of prisoners, coordinated by a subgroup of the Humanitarian Tripartite Contact Group in Minsk, began in Donbas, the representative of Ukraine in the TCG humanitarian subgroup, Iryna Herashchenko, reported 28 April on Facebook.

"Today, the verification of statements of persons who have committed crimes against Ukraine, but which can be pardoned under the law for the sake of freeing our hostages, while these individuals do not want to return to the occupied territories," she wrote.

Herashchenko there are several hundred of such citizens, so this monitoring will take some time.

"I very much believe and I want to do everything to accelerate this verification, finally, and the release of the hostages. Four months ago, we in the humanitarian subgroup in Minsk agreed on the involvement of international organizations in the verification process. Today this process took off with the participation of the office of the Ukrainian Ombudsman, and in the coordination of the OSCE," Herashchenko stressed.

"Unfortunately, the number of Ukrainian hostages held in the occupied territories is increasing at the expense of civilians who are detained on false charges of espionage, sabotage, terrorist attacks etc... Today there are 128 such hostages, as another Ukrainian was illegally detained on Thursday," she added.

She said Ukrainian authorities are "ready for compromise to ALL to be released".

The verification of hostage lists should have started on April 18, but was torpedoed by the representatives of Donbas militants.