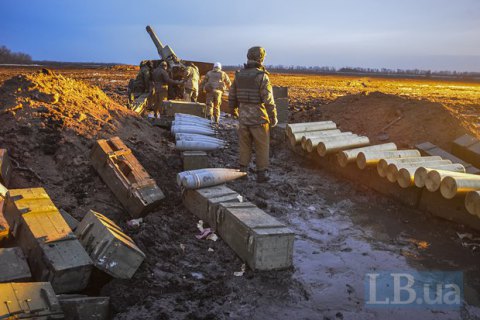 Over the past day, Russia-backed separatist forces 47 times opened fire at the positions of the Armed Forces of Ukraine in Donbas. One soldier was killed, six more were wounded.

Ukrainian soldier died near the settlement of Troyitske, Donetsk Region, in the heavy machine gun shelling of the ATO positions, the ATO headquarters reported on Thursday, 27 April.

According to ATO intelligence, three Russian mercenaries have been killed, and seven militants were wounded as a result of the return fire on April 25 and 26.

Three Ukrainian military were killed and five wounded in Donbas on April 25.