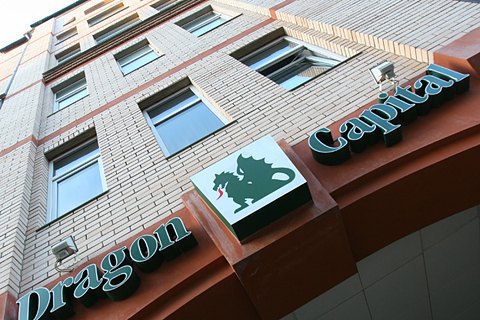 Speaking at a government meeting on Wednesday, Groysman said he has been just informed that the offices of Dragon Capital investment company was being raided.

"They seize equipment etc. I do not know how to react to this," the perplexed head of government said.

"I instruct a government commissioner to immediately contact Dragon Capital and find out what is happening there. I have no right to interfere in the work of the SBU, but I think that there should be an adequate procedure, without paralysing the work of the investment fund," the prime minister said.

In the meantime, the company confirmed the fact of the search.

"The SBU is searching the office of Dragon Capital. They have produced a court warrant to seize computer equipment. They are talking of an illegal use of software, which the company has duly and legally purchased. They want to seize all computers and paralyze our work," the company's press woman Olha Beloblovska wrote on Facebook and said she would keep the public informed of the further developments.

Dragon Capital has been working in Ukraine since 2000. In 2007–2017, is minority stakeholder was Goldman Sachs, while most of the stock is owned by its top management with Tomáš Fiala at the head. In 2015, the company launched a new private equity fund Dragon Capital New Ukraine Fund, whose anchor investor is the Soros Foundation.