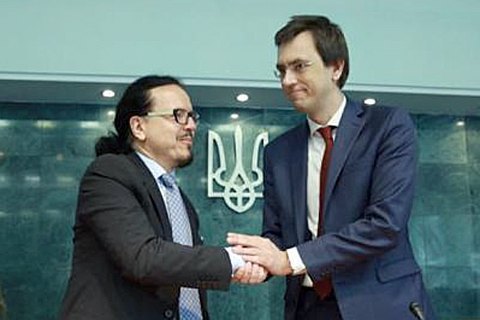 The Minister of Infrastructure Volodymyr Omelyan found the results of the audit of the activities of Ukrzaliznytsia (UZ) in 2016 discouraging.

"Unfortunately, Ukrzaliznytsia did not generate a lot of bright news in 2016. Another unpleasant news came yesterday from the audit company Ernst and Young, which assessed the last year's losses of Ukrzaliznytsia at over 7bn hryvnia," he said.

Meanwhile, the UZ COB, Wojciech Balczun, has previously emphasized that this loss was purely nominal.

"The 7.3bn hryvnya loss of the company according to international standards was due to a significant increase in amortization rates from 7bn in 2015 to almost 18bn hryvnya in 2016. The loss, therefore, is merely formal and is due to the re-indexation of the value of fixed assets rather than an indicator of real losses of the company," Balczun wrote on Facebook.

"The auditors noted that the financial result of 2015 and 2016 in comparable conditions (stability of the hryvnia, lack of amortization growth) would be almost 11bn hryvnya better. This reporting will be submitted to the government for approval," Balczun concluded.

Balczun insists that the auditors noted the growth of the most important indicators of the company's activity and positive cash-flow.

Ernst & Young Auditing Services (EY) won a 20.6mn hryvnia tender for the auditing of UZ for 2016. EY was also tasked to evaluate the UZ interim reporting for the H1 2017 and help the rail operator in floating domestic bonds.