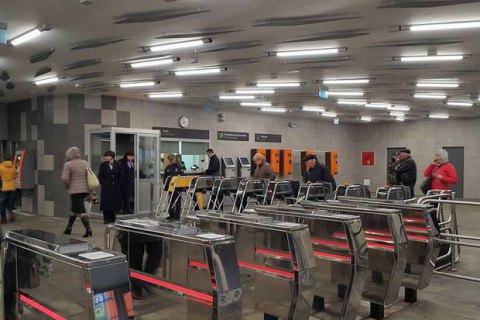 The Supreme Economic Court of Ukraine on Tuesday, April 25, confirmed the obligation of the municipal company Kyiv Metro to pay LLC Ukrroslizing a 1,924 billion hryvnia debt for the supply of 100 subway cars in 2009 on terms of financial leasing.

The court only partially satisfied the appeal, allowing the subway to not pay 42 million hryvnia in penalties. Otherwise, the decision of previous instances remained unchanged.

In 2009, the then Kyiv government signed an agreement on the purchase of 100 subway cars on the terms of financial leasing with the company Ukrrosliasing. In the period from 2010 to 2013, Kyiv owed this enterprise almost 2 billion hryvnya.

According to the lawsuit of this company, a court earlier arrested the subway cars, and on March 16, 2017, the executive service on court's order arrested the accounts of the Kyiv Metro.

"Due to the seizure of funds, the company currently cannot purchase spare parts and equipment for routine maintenance and repairs, and the situation with the delayed payment of wages to employees can lead to social tensions. The city government is doing everything to prevent the transport collapse in the city. The metropolitan subway, despite all the difficulties, is working in the regular mode," the company said in a statement.